You are not connected. Please login or register
Hello, this forum is in read-only mode. There is another forum at https://godsibb.net.
+4
JerriLeah7
chibi
Xernova
TheMagician
8 posters
Go to page :

This is also the "what do you not like about games you like" thread, so it's bound to come up.  XD  A lot of people are incredibly defensive of XSII, so you're not alone, either.  :B
TheMagician 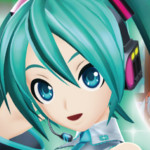 To be honest, XSII's battle system didn't bother me too much. Sure, compared to most RPG's, it took me the longest to get the hang of how things worked and what I should be doing in each given fight. Even so, some battles drag on for longer than I want them to, but that's usually because of some sort of error on my part. On the other hand, the boss battles in particular can get frustrating. (For instance, Orgulla at the Ormus Stronghold, and Margulis at Labyrinthos can drive me batty pretty quickly)

However, I hated the ES battle system BIG TIME. Choosing the right co-pilot for the situation... Absolutely needing ES Zebulun just to survive bosses... It just seemed more like a chore than anything else, so I dreaded every time I had to go out in them, breathing a sigh of relief once I'm in control of the characters again.
Xernova

^ Haha, for me it's the other way around. I absolutely love XSII's battle system for the bosses, but not so much for the random encounters (as I've posted before here). I just feel like the regular enemies are a bit too strong, they feel like mini-bosses sometimes. If they had toned down the difficulty of regular enemies, it would have been pretty much perfect for me.

Now that you mention it, you're right. Some of the regular enemies throughout the game are tough customers and had their part in annoying me too, but I didn't mean to give the impression that I hated all the boss battles. I loved the fight with Albedo in MOMO's Encephalon, it was one of my favorite fights in the entire game.
shinuzuki

I'm learning so much from reading this thread xD [trying to make games with the mate, and knowing what people dislike is a big help!]

I'm also not fond of Quick Time Events, completely takes out of the action game experience @@ I wanna be able to do cool stuff on my own, yknow? Which brings me to the game Wet. Horrible horrible ending. Since the game itself sucks, i can spoil it. [mwahaha] The whole game, you spend shooting and running on walls and killing enemies right? Well, guess what the final boss battle was. All quick. Yeah. Not even a shred of fighting for myself. And guess what? THE PERSON LIVES ANYWAYS! -grumblegrumble-

Not being able to move while shooting is also ridiculous.

My mate and I LOVE Shadow of the Colossus and Ico [can't wait for The Last Guardian~], but I can relate to the irritation of falling off a colossus and having to spend forever getting back on @@ It's a bias we have that we overlooked that...

I... have so much contempt for Xeno2 when I first played it. Nowadays, I like it for what it is and I understand why it was done but I hated how much they changed it for not even a time skip. Despised Shion's and MOMOs voices, in fact all of it seemed so unbelievably rushed... I love the new designs, but I think they tried way too hard to make it look like FFX [which I think was big at the time, so... lol]. Then there was that crazy level gap when I got to the Ormus Base. Anyhow, tl;dr Rushed and Extreme changes between titles bothers me quite a bit xD

Disrespect for the player. This is kind of... umm [crap, idk what to call it haha] difficult to look at? But, let's take Evil Within for example. I hate the game. I tried watching two episodes of a Lets play on it, and I couldn't stand it. Not only is it a complete, unoriginal, bad recycle of other older horror games, it treats the player like they have no fucking clue what they're doing. Seriously, you're already sneaking past the first dude and the main character goes "Shit, I can't be seen herpaderp!"

Seriously, his leg is injured, you were already running from him, you hide in a damn locker and he waltzes past you, patrolling the next area THAT IS LINEAR AS F***. Even later in the game, you're in this barn that suddenly is burning rapidly around you. Main character goes, "Shit, I gotta get out of here."

Really game? REALLY? I certainly feel no urgency to escape while I'm trapped in a burning building, but should I? Should I?! Well maybe you should give me the answer to everything game! Since that increases the scare and immersion factor, doesn't it? -huffpuffrage- Anywho... I have so many gripes with this game so... I'll leave it to this: There is absolutely no thinking required whatsoever when playing this game. If you have any respect for yourself, don't play it... >.>' I was already losing respect for Bethesda with Elder Scrolls Online, but this one.... OTL

Oh, level gaps in RPGs. I'm okay with grinding to a point. But it's like what my mate explained to me - "It's like the longest page turn when reading a book"

Sometimes I just want to get on with the story, you know? Or just progress in general.

Same goes when travelling between places. Unless there's a reason to make me do it, I don't want to HAVE to do it. I know Ocarina of Time was guilty of this.

Level design is important. Wind Waker has been doing it pretty well for me. But i know there were some games where it gives you tools to use, but doesn't teach you how to flippin use it. Or doesn't make you use it at all. My mate made a good point about the sprinting function in some games. It's cute and all, but what's the point if there are places you just wanna go to, or having to gimp myself for ONE section where you have to run away from a boulder or something? It's generally the same with walking, or any function that doesn't have a purpose other than aesthetic. Neverending Nightmares, as grand as the idea was, did very poorly in the level design.

Umm this may be arbitrary, but permanent deaths in sandbox games is kind of ... blegh to me [sorry for lack of vocab lol] I've been playing Don't Starve lately, and it's soooooo easy to die. I understand that it was meant to be a little difficult, but I'm not too fond of having to be punished severely and lose all progress for a little mistake I did or came across. I know there are resurrection items but... you know xD Sometimes I just want to keep going and all. It'd be nice to have perma death as a choice.

Also arbitrary, but I hate poor/lazy character design. I'm trying to be a character designer myself, so when I see tasteless characters [in my opinion!] like Haruno Sakura from Naruto, i shake my head in disappointment and rant a little to my mate. [not gonna lie, I'm a Sakura hater and Hinata lover lol] Main character [Sebastian] from Evil Within is so bland too. Super subjective, but it's something that matters to me haha

I also think 'sports games' are stupid. Just play the actual sport. Some people actually think these are competitive [which is also subjective so, i'll leave it at that] and they call people who actually explore and like other games nerds. Come on, now.

Spoiler:
Same thing about mobile games. People say they're a gamer when they play those. No. Just no. You don't consider playing board games as being a gamer so you shouldn't with mobile games either. Mobile and video games are vastly different. For many reasons. If you're smart, you can figure those out.

Uhh I don't so well with tactics games, or civilization sims. I honestly think they're pretty boring, which goes to the 'longest page turn' thing from earlier.

I THINK that's my game rant for the night. I think I'll lay down in a bit.  -collapse-
[wooooooooooooooow i wrote a lot @@]
Shizukesa

the difficulty. i hate getting stuck in them its fun to just fly through it.
Sponsored content

» What were your first games ever?
» Favorite Games!
» Thoughts after finishing the games
» Playing the Xenosaga games with the PCSX-2 emulator...
» Things I'm confused about
Current date/time is Sat Feb 04, 2023 10:20 am