Hope this haven't been discussed before.

This game feature some Xenosaga characters as playable characters.

Since it is in Japanese, it is not easily playable.

A partial English patch exists, which translates only menus, attacks, items, etc... but not the dialogs.
However if you use all the stuff listed in the link below, you should be able to play, to understand deeply the story (including the jokes which are often very fun), to understand the gameplay perfectly, and finaly to clear the game.

P.S. : Sorry for the French description of the stuff, just use Google Translate and this should be OK.

Oooh, thanks for posting! The first Endless Frontier was my first DS game, and despite the battle system being repetitive and story..well...I did really enjoy it (and not just because of KOS-MOS and T-elos, though they helped). I might have to give this a shot sometime.
_________________

cough, cough
Wow, so much dust in this topic XD
I just wanted to say that now I belong to a team which is working on an English fan-translation for this game.
Our translation is ~33% complete.
We are also creating a translation-patch.
The patch translates everything : dialogs, items, menus, attacks, tutorials, etc...
So yeah, the story is translated.

Don’t forget to check my YouTube channel ! I regularly make videos about this project. The last one is focused on KOS-MOS ! :

This game feature some Xenosaga characters as playable characters.

Well, see for yourself : 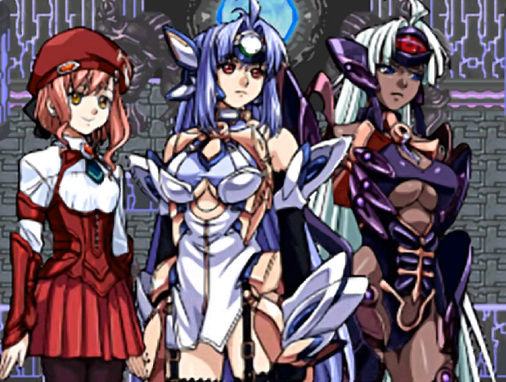 Hi
I just wanted to say i'm very greatfull to hear some people are still working on this... it's been 3 years since i first played super robot taisen.

I just wanted to ask,
When will the english patch released?
If not than it's fine, i kinda understand that the nds console is not likely to be played...
But, if it's going to be, i'll be sure to play it after...
Thank you for your works
Valkyrie

Hello !
Your thanks are much appreciated

!
As explained in my last video (see below), I can't give you a precise date, but we will try to release the patch in 2018