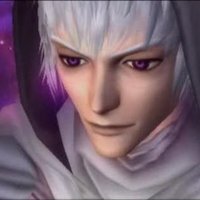 Hey guys, I'm haven't been on any forum for a LOOOOONNNNNNNG time. Probably a decade?

The Xeno series is my life. As soon as I played Xenoblade 1 I immediately started playing the others, starting with Gears. Honestly, every Xeno game is equal. I think the Saga series is probably my favorite out of all of them though.

Also Xenosaga 2 is not nearly as bad as people say it is. The only bad thing about it is it's voice acting and SOME character designs, but I don't really care. 2 is easily better than 1 in my opinion.

Well that's all I guess. Maybe you'll see me pop up every once in a while, I'm very interested in joining a/this forum.

@katimus_prime wrote:
I need to give XSII another chance and at least re-watch the cutscenes XD

Maybe I'm just biased because Albedo is one of my favorite characters and I love the Rubedo and Albedo storyline alot. I kind of relate to Rubedo in a strange way...?

I also beat EP2 in the shortest amount of time out of all of them. I loved it so much I beat it in less than a week I believe.

You should really rewatch it some time!

Hey Xenofason, this is me, Valkyrie.
Hi again, and welcome here !

Enjoy your stay with us !
This has been rather quiet for a long time here, but we have many new members those days