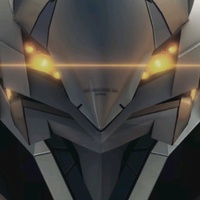 Hey all. I'm a newbie

Hopefully, I'm actually posting this thread in the right place.

So before I get to the point of this thread, I want to lay out some things:

I don't need to give everyone a history lesson, as people who come here probably know way more about how things used to be than I do. So I'll just leave it at this: There used to be a lot more places exclusively for Xeno, but around Blade, things started to die out. But I think we've seen a revival of the Xeno series in recent years, especially with XB2 hitting one of the best sales a Xeno game has ever gotten for a worldwide release. There's also been some talk that there might be an XS remaster coming soon, and SE has been pumpin' out XG-related merch, and we had that concert recently too. I won't get into too much of story spoilers for XBX and XB2, but I think it's safe to say that Takahashi's recent games are slowly but surely looking more and more the way they used to be (in a good way). So I think it's a good time to (re)build a community.

I don't think there's really a place that discusses the series as a whole. A lot of the active places like Reddit work under the name of Xenoblade, and while XG/XS talk is permitted... it's not really the same. Similarly, you can talk about the XB games here, but personally, I feel like the forums and the site are more dedicated to XG/XS, and not blade (nothing against this site!). That or the discussion is sporadic and not long-lasting. But I have a burning desire to talk about the series, not just in terms of Xenoblade, and I think a lot of others want to do that too! and even if you haven't played them all or don't know much about the other games, I think a lot of people would be interested. It would also be convenient if there was a sort of one-stop place to get all your Xeno-goodness about general story analysis, upcoming games, neat combat tips, fanart, discussion, etc.

So I kind of want to do that, or more correctly, I want there to be such a place. If I could wish upon a Zohar it would be much easier, but I can't, so I'm doing the next best thing. I am just curious about any feedback, ideas, or general comments anyone might have about this idea. It's a huge undertaking, and I definitely can't do it by myself, and if I'm going to do this I want some confidence that I can pull something off and have clear goals in mind, as to not abandon it entirely(as internet projects do most of the time) before I start anything.  So who knows, this might end up turning into absolutely nothing. I was going to plan on having a discord ( I already have that, that's the easy part), and was thinking about a forum and/or some kind of blog or website... but again, I don't know. Any feedback would be appreciated.

Personally I am hyped about the prospect of another All-Xeno forum moderated by fresher faces, especially now given Xenoblade 2's massive success!

Forumotion has been pretty on-point as far as uptime for forums goes, and their support community is pretty active. I have to pay to keep the ads off, though.
_________________

"There is no growth without birth.  Without a foothold in the past, we cannot walk toward the future.  Get thee gone, darkness!"