So, I don't post much, if at all, on Deviantart anymore but it could change so I give the link anyway : http://erikavoyager.deviantart.com/
But I'm going to post fanarts on a new Tumblr page so... follow me if you want : http://radicaldreamerart.tumblr.com/

Like I'm saying these days, I'm working on making a fancomic dedicated to Xenogears. An adaptation, meaning that I will pretty much get creative with the original material (one thing I've already decided : Alice will live *not a really enormous change, especially considering she was first meant to survive in the story but didn't because Takahashi didn't want a love triange... which is a shame because there were other ways to work with her character than make her the Tifa or Allen of Xenogears.. imo*). Well, that's the joys of fanworks... experimenting

So, I imagine I'll post my progress on this particular project on another blog. But for now, here's a few summer Xenogears drawings (not all completely finished) : 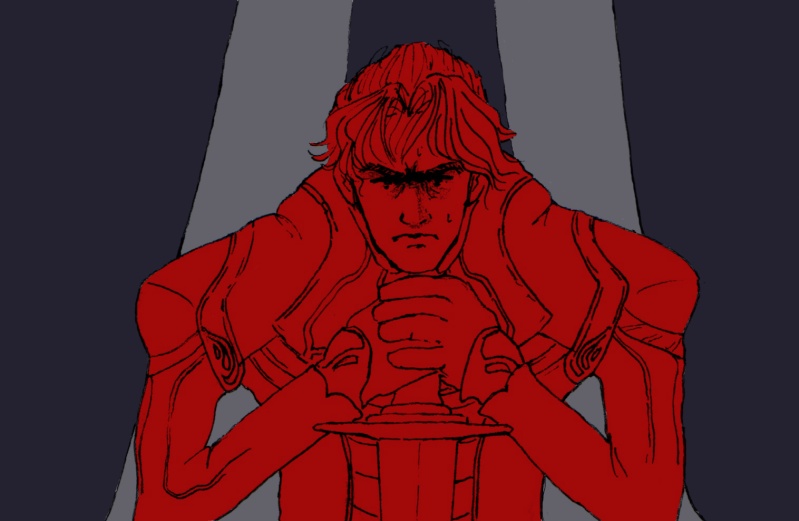 Inked traditionally for the most part, the designs on his sleaves are missing (I don't know if it's because I'm tired but they're infuriating to reproduce)... and I colored with Photoshop to highlight the mood I was going for. 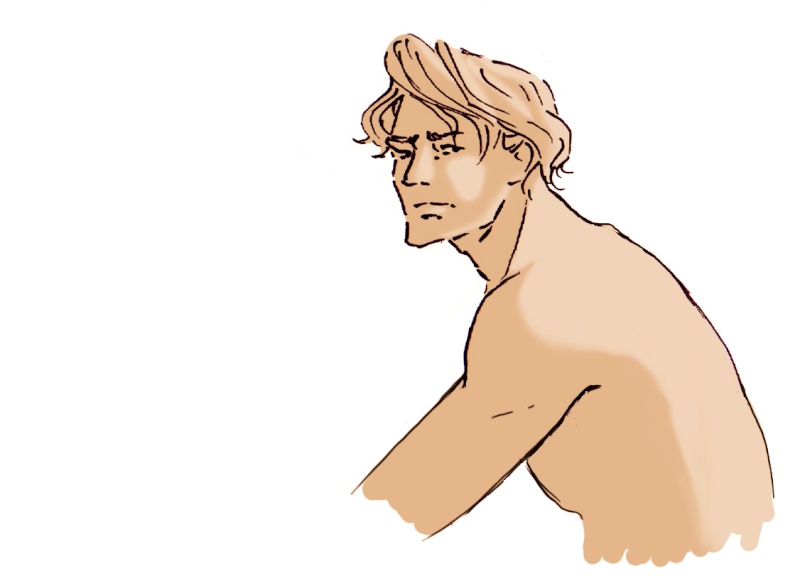 Same. Except Ramsus is all relaxed here. And naked 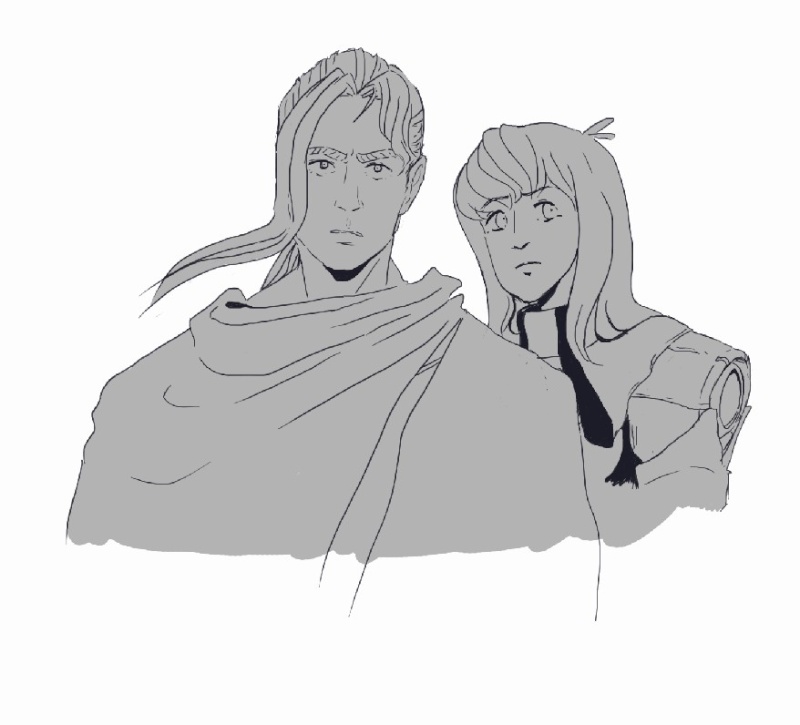 Fei and Elly. Inked and all using Photoshop. I may add colors to this one day. 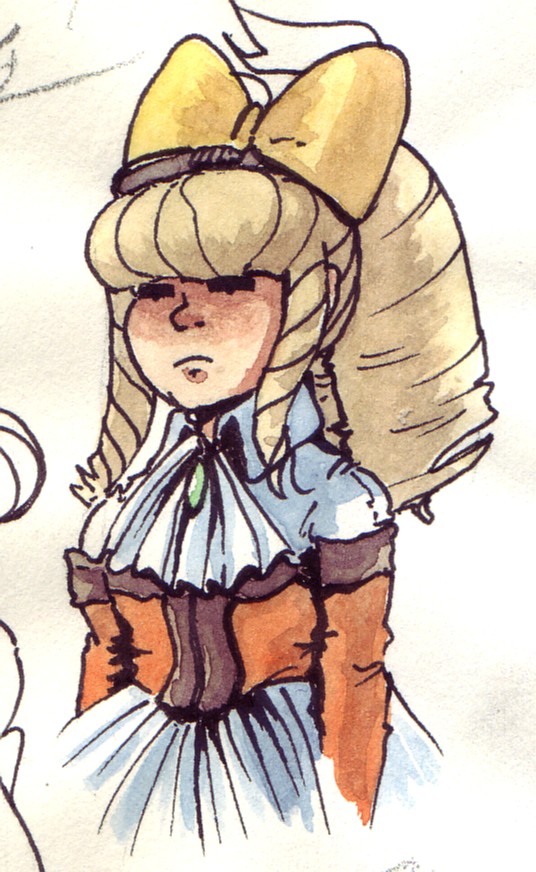 Maria from my sketchbook. Inked with a pen and watercolored. I didn't respect her entire design here but I still like it. I'll do a few more traditional paintings in the future (watercolor or other). 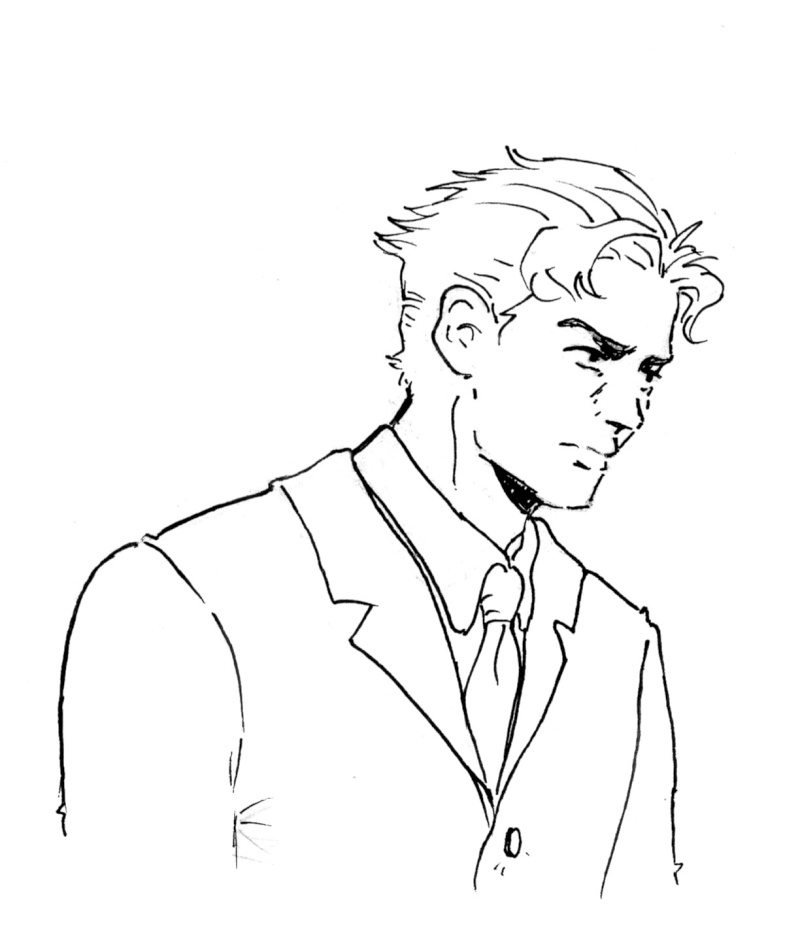 That's the short-haired (and visibly pissed off) Kim (with a suit) I was talking about on Tumblr (Katimus, if you remember...). This is just the line (inked with a pen). I colored him and all but I was not satisfied with it.

As you can see, I don't always draw in the exact same style (which worries me sometimes... because drawing a comic, animating... I need to be consistent).
stitchedmoon

Not bad at all! I especially like the colors on Maria.
katimus_prime

OMG, these are all really fantastic, RD! I've always really admired your art, and I'm really glad to see that you've got your fan project going!

"There is no growth without birth.  Without a foothold in the past, we cannot walk toward the future.  Get thee gone, darkness!"
RadicalDreamer

@opkij wrote:Not bad at all! I especially like the colors on Maria.

Thanks ! I do enjoy watercolors the most, I must say. It's really a fun and easy way to paint and I'm amazed by the stuff some painters could/can do with it. I'm far from being as good as others but I'm certainly better at watercolors than other type of paint (oil is the worst for me, but I guess it's because I didn't work a lot with it).

@katimus_prime wrote:OMG, these are all really fantastic, RD!  I've always really admired your art, and I'm really glad to see that you've got your fan project going!

Thank you, Katimus. As for my fan project, let's say I'll cross my fingers on this one. It's hard to concentrate on something when there are things getting in the way (like my health *it's not too great at the moment* and dealing with life in general). But I'm so passionate about Xenogears and its story and characters that I don't think I'll ever be able to let it go

. Currently, I'm pretty much writing the script for the first chapter/episode... which is pretty much fanfic except for the stuff we were told/shown in game (the first chapter starts with Wiseman carrying Fei to Lahan and the chapter is meant to introduce the bonds between Alice and Fei, Fei and Lee, Fei and Citan, Alice and Timothy, Timothy/Dan and Fei, Alice/Dan and Yui/Midori, Alice/her aunt... etc... it follows Fei's recovery using Alice's point of view for the most part).

I'm considering maybe asking stuff to Soraya Saga but it's really intimidating and I'm not sure she has time for this anymore (it's been a long time since she stopped answering character/plot questions... though I understand why she stopped, I heard about the problems she had plus the state of the Xeno series and some fans being rude... it probably wasn't easy for her... still, I'm a bit envious of people who could talk with her about Xeno on a special place back in the days *back then, I sucked in english and was barely introduced to the FF series lol*... it's so rare when japanese creators do this with their western fanbase).
Arylett Charnoa

I am... humbled by your work. You draw humans in a way I've always wished I could. Fei and Elly especially look fantastic. I will have to keep an eye on this fan project though! I have been craving more Xeno.
_________________
This account is currently inactive. To contact me, try:

@Arylett Charnoa wrote:I am... humbled by your work. You draw humans in a way I've always wished I could. Fei and Elly especially look fantastic. I will have to keep an eye on this fan project though! I have been craving more Xeno.

!
So, I wanted to let you know that I'm taking requests at my blog : http://radicaldreamerart.tumblr.com/post/131354708936/by-the-way-you-may-ask-if-you-want-me-to-draw
Let me know and reblog if you want me to draw your favorite characters.
Sponsored content